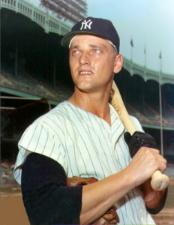 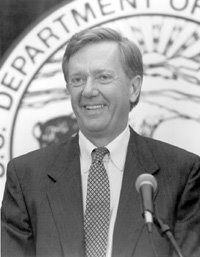 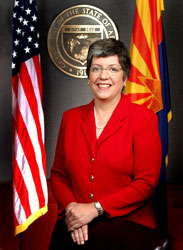 If so, can we Democrats agree?
Posted by Sam at 8:13 AM No comments:
Email ThisBlogThis!Share to TwitterShare to FacebookShare to Pinterest

I put off "the center hasn't vanished; it's just stretched all out of recognition" column for a week to deal with the Arizona legislature's immigration bill.

IMMIGRATION BILL IS A JOKE WITH NO PUNCH LINE
East Valley Tribune, June 4, 2006

The Arizona Legislature’s illegal immigration bill is a big, fat fake, way beyond the usual veto bait. It’s dishonest malarkey -- and with legislation, that’s saying something.

The Arizona Republicans talking loudest on illegal immigration used bad data to create a stinking morass of blame-shifting bad policy. They pretended to take the tactic that most observers, on both left and right, think would reduce incentives for illegal immigration -- employer sanctions -- and made them more cumbersome, less effective, and more expensive. Instead of employer sanctions, they’ve offered employer amnesty.

If you wanted to pretend to solve a problem while keeping it alive to rally your political base (for this fall’s election, anyway; good luck, guys, once demographic trends creep past your narrow little world), you couldn’t do better than HB 2577.

There’s a wonderfully bizarre quality to the immigration debate in Arizona, where the people most upset have been here less than the migrants. Also, much of the anger depends on urban legends.

Like the magic "50,000" statistic, the illegal immigration debate recycles factoids that just aren’t true. The 50,000 number is "magic" because nobody can kill it; it keeps reappearing. In the 1980’s, it was claimed that 50,000 kids were abducted by strangers every year. But research a decade later showed that the real number no more than 300, and maybe as low as 2.

As NPR’s "On the Media" reported last month, both NBC’s "Dateline" and Attorney General Alberto Gonzales claimed that there were "50,000 predators prowling for children online," but nobody can find a source for the number, either. Somebody’s off-the-cuff inflated estimate appears in the media, then gets quoted by politicians, and becomes accepted through repetition.

But accuracy isn’t a problem for Arizona’s GOP Legislature. Sure, they say, Pearce’s numbers may be wrong, but we don’t need correct ones. We know there’s a problem. This is somewhat ironic coming from people who reject evolution and the scientific consensus on global warming with calls for better data. But with immigration, it’s politically convenient to fire first, then aim.

And best example of no aim, no gain in HB 2577 is the so-called "employer sanctions" provisions. Even conservative pundits agree that employer sanctions are the most effective way to reduce the incentives for illegal immigration. One went so far as to call the proposal by state Attorney General Terry Goddard and Democratic Sen. Bill Brotherton as the "litmus test of getting serious about illegal immigration." Everything else, he said, is "political eyewash" -- which includes the GOP bill’s claims of increasing employer penalties.

Instead, the Arizona GOP bill gives employers hiring illegal aliens a free ride, with no employer responsibility. So long as nobody accepts a dreaded consular card as ID, the employer can hire away, then wait around for the attorney general to get a court order. The employer then can fire the illegal and get off scot-free. There’s no downside to hiring illegals. Only habitual, knowing offenders face those superficially tough penalties. And the AG is given the grand total of $2 million -- that’s less than 1 cent per Arizona private-sector employee -- to uncover employed illegals.

Worse, the GOP gives employers three separate promises of indemnification, including attorneys’ fees, even if the employers violated the law. It’s better than amnesty; it’s amnesty with a free lawyer, too (an estimated annual value of $96 million -- such a deal!)

It’s fake enforcement and sound-bite legislation, designed by people who want incompetent government, and it’ll make matters worse. And it’s all to get these guys through a GOP primary. The bill doesn’t make any sense otherwise.
Posted by Sam at 4:15 PM No comments:
Email ThisBlogThis!Share to TwitterShare to FacebookShare to Pinterest
Newer Posts Older Posts Home
Subscribe to: Posts (Atom)