Two Arizona Political Clichés That Have Outlived Their Usefulness

It's the summer doldrums, so I'm reduced to complaining about some of my political pet peeves, triggered by a letter to the editor the week before. Hey, I can resist my audience only for so long. My suggested title is above, but the substitute editor (the quippier regular guy was on vacation) went with something even less zippy, if you can imagine that. Well, you don't have to imagine, you can read it.

One of the “evergreens” of Arizona political commentary is hackneyed complaints from Republicans that some Democrat isn’t putting the donkey symbol on his or her campaign signs, nyah nyah. (That’s the level of the argument, too.) The Tribune published just such a letter to the editor last week attacking Democratic U.S. Senate challenger Jim Pederson for not having the symbol, thereby giving the writer a chance to link together a bunch of falsehoods he heard on Rush Limbaugh’s radio show between the Viagra jokes. 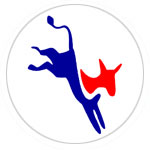 It’s an extremely odd complaint against Pederson, because Jon Kyl’s campaign signs have never had the Republican elephant symbol in his past two campaigns, and don’t have it this year, either. Logic might indicate that attacking the challenger for not trumpeting his party affiliation on signs might not be the best argument available when the incumbent doesn’t display his party on his signs, either. But it does demonstrate that having sufficient brainpower to blow your own nose without training wheels isn’t a prerequisite to getting a letter to the editor published.

There’s also a cultural explanation; we’re Democrats, so we’ve never agreed on one uniform donkey symbol. It took us years just to accept the color blue, so the donkey thing has just never jelled. There isn’t even a donkey symbol on the Democratic National Committee home web page. It’s not like Republicans; when Karl Rove tells them to use this elephant logo, nobody complains and everybody does it.

But this year, to my surprise, there seems to be more Republicans than usual not displaying the elephant. Of course, it’s merely anecdotal evidence; as far as I know, there’s no data tracking whether candidates display the party logos on their signs, but with President Bush’s popularity mired in the 30’s (even after the latest illusory “bounce”), the brand may not be as powerful as in the past.

Besides Kyl, a three-time serial non-displayer, all the GOP candidates with signs at the major intersection closest to my home have opted not to display party registration. Signs for Jan Brewer, running for re-election to Secretary of State, and Corporation Commission candidate Gary Pierce, don’t have an elephant. Neither do signs for Laura Knaperek, running for reelection to the State House in LD-17, a swing district centered in Tempe that (unlike virtually all the others) readily can elect either Ds or Rs.

This elephantine absence isn’t true if you go two miles east, which puts you into a solidly GOP district where the primary (absent a Jeff-Groscost-style alt-fuels meltdown) determines the winner. Those candidates all have their elephant, as do the GOP gubernatorial candidates, who face winning a GOP primary before the general election.

But GOP candidates not having a primary, or running in swing districts or statewide, don’t necessarily highlight their party registration. Whether or not it’s a trend, it sure seems more prevalent than usual, and it looks like Pederson is doing just what Kyl, Brewer, and Pierce are doing: Candidates without a primary tend not to put a party symbol on their signs.

This won’t stop the GOP complaint that Democrats aren’t displaying party insignia, anymore than it will stop the hardy perennial hack reporter jape at a Democratic candidate for holding a high-dollar fundraiser in too nice a venue. Of course, these same hacks invariably look the other way when a Republican assumes the mantle of a “man of the people” fighting against the “elite.” 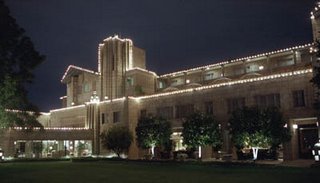 It’s a great deal for Republicans; they can pretend to be faux populists, and still hold fundraisers at the Biltmore without fear of being made fun of. But it’s getting really, really tedious.

These complaints aren’t the most important thing in the world -- except that compared to constitutional amendments banning gay marriage, flag burning, and singing The Star-Spangled Banner in Spanish, hasn't the bar on “important” been set pretty darn low?
Posted by Sam at 3:41 PM
Email ThisBlogThis!Share to TwitterShare to FacebookShare to Pinterest

RE: Jan Brewer
I think if you look closely enough, you'll see it. It's not exactly prominently displayed, but the 2 or 3 signs I have seen definitely have the elephant...

I wonder if Jan will be someone's campaign co-chair, like she was in 2004 for our President. That seemed to be the kool-aid the GOP was making all their SOS's drink that year. It gives me confidence that our own chief election officer has the wisdom to keep herself above actions that would put her impartiality in doubt.

News seems to indicate that one former SOS from Florida may be facing the music this fall. It's insufficient justice.